Many fear death as 4 vehicles ignite on the highway

Several people are believed to have died after four vehicles caught fire in Ntulele in Narok County. Vehicles traveling on the busy Narok – Mai Mahiu highway were involved in a tragic traffic accident on the night of Saturday, November 20.

However, at the time of going to press, the number of casualties had not yet been established and rescue efforts were underway.

Witnesses at the scene reported that several people were trapped in the burning vehicles even as police rushed to the scene to establish the cause of the crash and assess the extent of it.

Police are currently on the scene directing traffic with a detour created to allow passage of other motorists.

The Ntulele region is a famous black spot where more than ten deaths are reported each year.

Traffic officers claim that motorists always defy warning signs along the highway as they approach the three-kilometer stretch of the road near the Pinyiny Hills of Ntulele.

In August 2013, 41 passengers crashed after their PSV overturned. Two months later, 25 people died in a black spot accident. Over the following years, nearly ten deaths were reported each year. 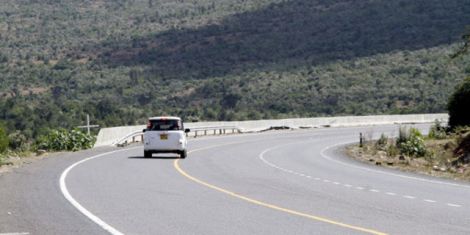 The black spot of Ntulele along the Narok-Mai Mahiu highway